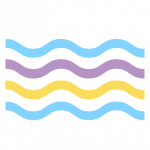 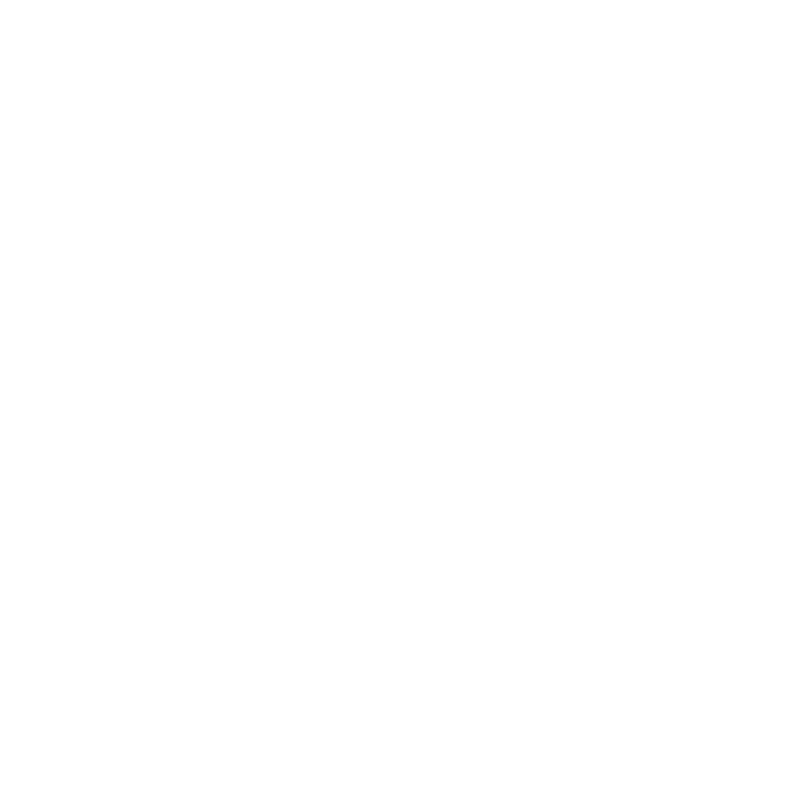 What Is There To Do In New Orleans?

New Orleans is known for its Festivals (including the annual Mardi Gras), cuisine, music (particularly as the birthplace of jazz), architecture, and multicultural heritage. The city is often referred to as the “most unique” city in America.

New Orleans has many major attractions:

The French Quarter (known locally as “the Quarter” or Vieux Carré), which dates from the French and Spanish eras and is bounded by the Mississippi River, Rampart Street, Canal Street, and Esplanade Avenue, contains many popular hotels, bars, and nightclubs. Notable tourist attractions in the Quarter include Bourbon Street, Jackson Square, St. Louis Cathedral, the French Market (including Café du Monde, famous for café au lait and beignets), and Preservation Hall. To tour the port, one can ride the Natchez, an authentic steamboat with a calliope which cruises the Mississippi the length of the city twice daily. The city’s many beautiful cemeteries and their distinct above-ground tombs are often attractions in themselves, the oldest and most famous of which, Saint Louis Cemetery, greatly resembles Père Lachaise in Paris.

The New Orleans area is home to numerous celebrations, the most popular of which is Carnival , often referred to as Mardi Gras. Carnival officially begins on the Feast of the Epiphany, also known as the “Twelfth Night.” Mardi Gras (French for “Fat Tuesday”), the final and grandest day of festivities, is the last Tuesday before the Catholic liturgical season of Lent, which commences on Ash Wednesday.

The largest of the city’s many music festivals is the New Orleans Jazz & Heritage Festival. Commonly referred to simply as “Jazz Fest”, it is one of the largest music festivals in the nation, featuring crowds of people from all over the world coming to experience music, food, arts, and crafts. Despite the name, it features not only jazz but a large variety of music, including both native Louisiana music and international artists. Along with Jazz Fest, New Orleans’ Voodoo Music Experience (“Voodoo Fest”) and the Essence Music Festival are both large music festivals featuring local and international artists.

Other major festivals held in the city include Southern Decadence, the French Quarter Festival, and the Tennessee Williams Literary Festival. 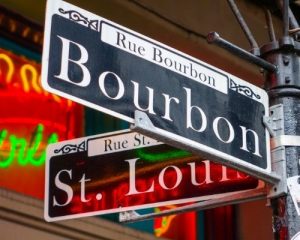 Walking down Bourbon Street is like attending the largest house party of your life. From the nightlife to the music to the neon lights, this noisy and raucous street has become a place for revelry and fun of all sorts. Named for the royal Bourbon family in France, this street reflects their wild lifestyle. It’s best known for its iconic bars and jazz music coming from every corner and venue, but there are also fantastic restaurants like the Galatoire Restaurant where you can enjoy French-Creole cuisine.

Jackson Square is one of New Orlean’s most recognizable landmarks, located in the center of the French Quarter, overlooking the Mississippi River. If it seems familiar to you, that’s because it has been used in several popular movies and shows. You might recognize the cathedral and statue of Andrew Jackson, two of the most iconic features in the area. History buffs will love the museum and other historical features of this area. However, history isn’t all there is to see here. With the square being as large as a city block, there is plenty of room for other events. In fact, Jackson Square boasts an active art scene and open-air market, among other things. 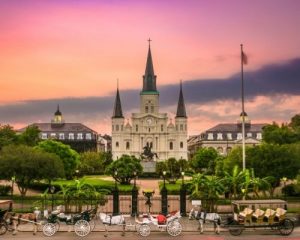 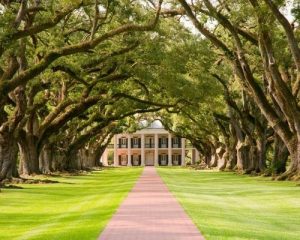 Beautiful architecture, history, and an iconic alley of oak trees await. This over 200-year-old plantation has a past that is ready to be unlocked. Once a thriving sugarcane plantation, Oak Alley Plantation is a National Historic Landmark dedicated to preserving the history of its past inhabitants. You can walk around, enjoying the sites, or view one of the numerous exhibits.

Tour Louisiana’s famous swampland with an experienced tour guide! You’ll get up close and personal with alligators while being protected on a boat specifically made for swamp touring. Looking for a little more adventure? Try kayaking through the swamp with a tour guide. You’ll be taken back in time before man walked the earth. It will surely be an excursion you won’t soon forget. 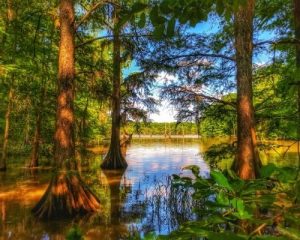 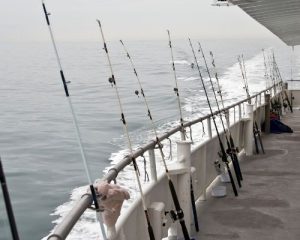 Slidell is the main launching point for many of the fishing charters in the area. Spend a day on the water with one of our experienced guides and catch the “big one.” Different guides have their secret spots and special techniques that they are happy to share with you. Some will even clean your catch for you, and others will even cook it! If you are looking for year-round fishing, Slidell is a great place to visit!

Visiting Lake Pontchartrain is a wonderful way to enjoy water recreation. There are many places to rent paddleboards so you can enjoy the water and explore the shoreline and all there is to see. If you don’t feel like standing and paddling, you can sit and paddle too! Many of the shops that rent paddleboards also rent kayaks and canoes. So whether you like to stand, sit, or do a little of both, you can find the perfect way to enjoy the lake and connecting waterways. 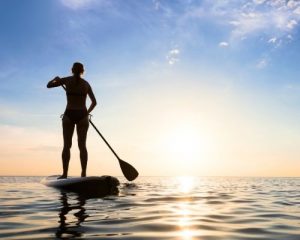 The city is named after Philippe II, Duc d’Orléans, Regent of France, and is one of the oldest cities in the United States. It is well known for its multicultural and multilingual heritage, cuisine, architecture, music (particularly as the birthplace of jazz), and its annual Mardi Gras and other celebrations and festivals. The city is often referred to as the “most unique” city in America.

La Nouvelle-Orléans (New Orleans) was founded May 7, 1718, by the French Mississippi Company, under the direction of Jean-Baptiste Le Moyne de Bienville on land inhabited by the Chitimacha indians. It was named for Philippe II, Duke of Orléans, who was Regent of France at the time; his title came from the French city of Orléans. The French colony was ceded to the Spanish Empire in the Treaty of Paris (1763) and remained under Spanish control until 1801, when it reverted to French control. Most of the surviving architecture of the Vieux Carré (French Quarter) dates from this Spanish period. Napoleon sold the territory to the United States in the Louisiana Purchase in 1803. The city grew rapidly with influxes of Americans, French, and Creole French. Major commodity crops of sugar and cotton were cultivated with slave labor on large plantations outside the city.

During the War of 1812, the British sent a force to conquer the city. The Americans decisively defeated the British troops, led by Sir Edward Pakenham, in the Battle of New Orleans on January 8, 1815.

As a principal port, New Orleans had the major role of any city during the antebellum era in the slave trade. Its port handled huge quantities of goods for export from the interior and import from other countries to be traded up the Mississippi River. The river was filled with steamboats, flatboats and sailing ships. At the same time, it had the most prosperous community of free persons of color in the South, who were often educated and middle-class property owners.

The population of the city doubled in the 1830s, and by 1840 New Orleans had become the wealthiest and third-most populous city in the nation.

The Union captured New Orleans early in the American Civil War, sparing the city the destruction suffered by many other cities of the American South.
In the early 20th century, New Orleans was a progressive major city whose most portentous development was a drainage plan devised by engineer and inventor A. Baldwin Wood. Until then, urban development was largely limited to higher ground along natural river levees and bayous; Wood’s pump system allowed the city to expand into low-lying areas.

Throughout the 20th Century, New Orleans experienced a significant drop in economic activity compared with newer southern cities such as Houston and Atlanta. While the port remains vitally important, automation and containerization resulted in fewer local jobs at the ports. Manufacturing in the city also diminished. New Orleans became increasingly dependent on tourism as an economic mainstay.

Check Out Our Featured Property in Slidell