About
The Smoky Mountains

So Many Fun and Amazing Things To Do!

Anakeesta theme park includes a scenic Chondola ride to the summit of Anakeesta Mountain where you enter Firefly Village. At the top, you’ll experience majestic scenic views of Mt. LeConte, quaint gift shops and casual dining at the Smokehouse BBQ food truck or savory pastries, hot drinks, and ice cream at Pearl’s Pie in the Sky. Look for the new Cliff Top Grill & Bar named after the majestic mountain peaks that serve as the backdrop to the dining pavilion.

For even more excitement try the Dueling Zipline Adventure and race side-by-side with friends on 2,000+ foot zip lines soaring 125′ above the ground. Everyone will enjoy racing down the mountainside on the new single rail mountain coaster…the Rail Runner!

SkyLift Park has offered Gatlinburg’s best views and most memorable experience since 1954, and will get even better this spring with the opening of new SkyBridge – the longest pedestrian suspension bridge in North America – and the spectacular new SkyDeck overlooking Gatlinburg and Great Smoky Mountain National Park.

Ripley’s Aquarium of the Smokies

Ripley’s Aquarium of the Smokies recently unveiled a brand new way to see their aquatic residents. When you take one of the aquarium’s Glass Bottom Boat Adventures, you’ll float through Shark Lagoon, which is home to over 8,500 sea creatures. With only three inches of glass between you and the water, you’ll enjoy unparalleled views of sharks, turtles, eels, stingray, and many other species. It’s easy to see why Ripley’s Glass Bottom Boat Adventures is one of the most popular new Gatlinburg attractions!

SkyLift Park has offered Gatlinburg’s best views and most memorable experience since 1954, and will get even better this spring with the opening of new SkyBridge – the longest pedestrian suspension bridge in North America – and the spectacular new SkyDeck overlooking Gatlinburg and Great Smoky Mountain National Park.

Welcome to the scenic and exciting four-seasons world of Ober Gatlinburg Amusement Park and Ski Area. A mountaintop of fun, excitement and beauty high above Gatlinburg, TN, is waiting for you!

Ridge upon ridge of forest straddles the border between North Carolina and Tennessee in Great Smoky Mountains National Park. World renowned for its diversity of plant and animal life, the beauty of its ancient mountains, and the quality of its remnants of Southern Appalachian mountain culture, this is America’s most visited national park.

Bringing your pets? While pets are prohibited on the trails in the park, there are a few areas your furry friends can enjoy the park with you. One is in campgrounds and picnic areas. There are also two pet-friendly trails, including the Gatlinburg Trail and the Oconaluftee River Trail. You can read more about these areas here.

The collection consists of more than 20,000 Salt and Pepper Shakers from all over the world. A labor of love of collecting for more than 30 years. See the amazing variety of animals, vegetables, people and other colorful shapes, and the creativity of all the artists that created them. Great fun for all ages!

Somewhere between the first amusement park ride and the last hike in the national Park, it will dawn on you. You’re getting a true mountain experience. The Smoky Mountains really is the perfect place for your family to stay and play. Gatlinburg, Tennessee is full of exciting, fun, things to do and it’s surrounded by the nation’s most popular National Park. Pigeon Forge and Sevierville are also two of the top destinations for visitors to the Smokies. Whether you stay here for two days or a week, with your entire family or just the two of you, it will be a vacation you’ll remember for a lifetime. There are lots of things to do and see in the Smokies, including:

Here is a link to check on local traffic conditions in the Gatlinburg / Pigeon Forge / Sevierville area.

A lot of visitors to the Smoky Mountains have been here before. Perhaps it started with their parents or grandparents, but now its an annual retreat.

If you’ve never been here, it’s time to start a tradition of your own! 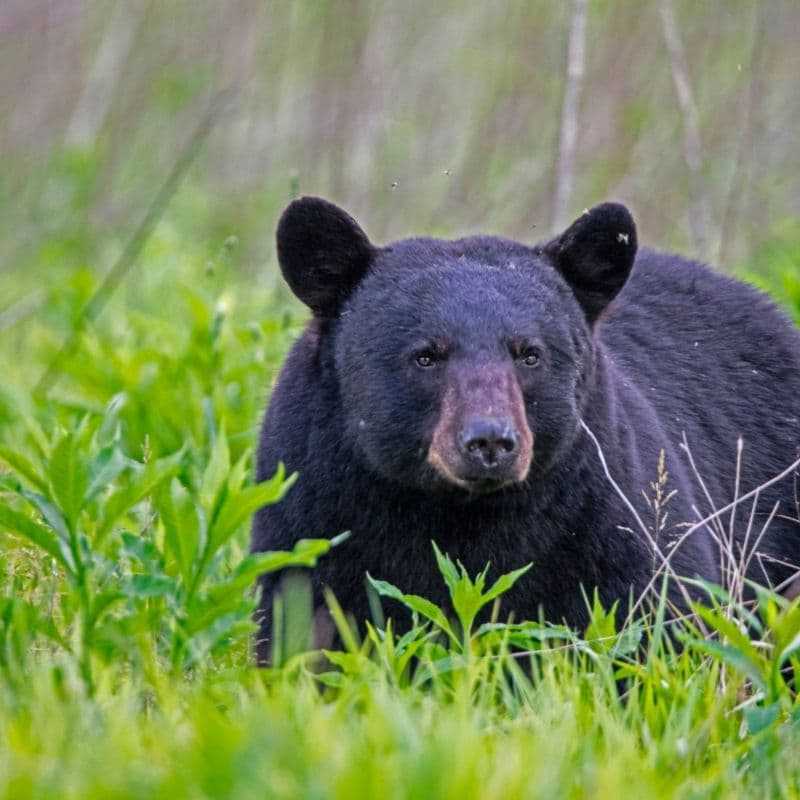 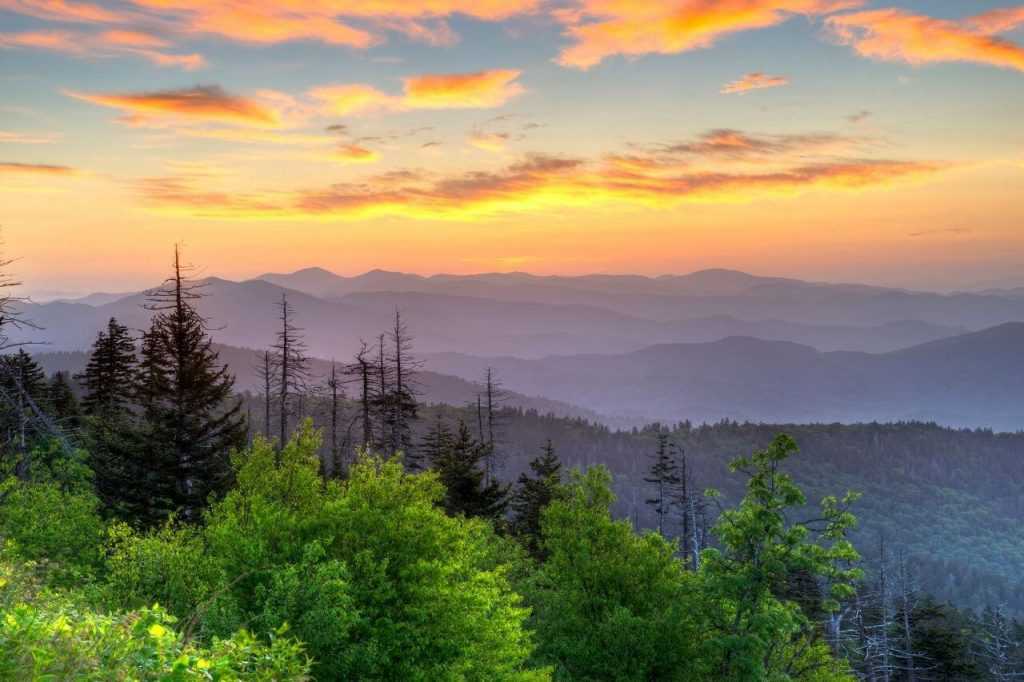 While various 18th century European and early American hunters and fur trappers probably traversed or camped in the flats where Gatlinburg is now situated, it was Edgefield, South Carolina native William Ogle (1751-1803) who first decided to permanently settle in the area. With the help of the Cherokee, Ogle cut, hewed, and notched logs in the flats, planning to erect a cabin the following year. He returned home to Edgefield to retrieve his family and grow one final crop for supplies. Shortly after his arrival in Edgefield, however, a malaria epidemic swept the low country, and Ogle succumbed in 1803. His widow, Martha Jane Huskey Ogle (1756-1827), moved the family to Virginia, where she had relatives. Sometime around 1806, Martha Ogle and her brother, Peter Huskey, made the journey over the Indian Gap Trail to what is now Gatlinburg, where William’s notched logs awaited them. Shortly after their arrival, they erected a cabin near the confluence of Baskins Creek and the West Fork of the Little Pigeon river. The cabin still stands today near the heart of Gatlinburg.

In the decade following the arrival of the Ogles and Huskeys in what came to be known as the town of White Oak Flats, a steady stream of settlers moved into the area. Most of these settlers were veterans of the American Revolution or War of 1812 who had converted into deeds the 50-acre tracts they had received for service in war. Among these early settlers were Timothy Reagan (1750-1830), John Ownby, Jr. (1781-1869), and Henry Bohanon (1760-1842). Their descendants still live in the area today.

In 1856, a post office was established in the general store of Radford Gatlin (1798-1880), thus giving the town the name “Gatlinburg”. Despite the town bearing his namesake, Gatlin, who had only arrived in the flats around 1854, constantly bickered with his neighbors. By 1857, a full-blown feud had erupted between the Gatlins and the Ogles, probably over Gatlin’s attempts to divert the town’s main road. The eve of the U.S. Civil War found Gatlin, a Confederate sympathizer, wildly at odds with the residents of the flats, who were predominantly pro-Union, and he was forced out sometime in 1859.

In spite of its anti-slavery sentiments, Gatlinburg, like most Smoky Mountain communities, tried to remain neutral during the war. This changed when Confederate commander Colonel Will Thomas occupied the town in an attempt to protect the salt peter mines at Alum Cave, near the Tennessee-North Carolina border. Federal forces marched south from Knoxville and Sevierville to dislodge Thomas’ forces, which had erected a fort on Burg Hill. Lucinda Oakley Ogle, whose grandfather witnessed the ensuing skirmish, later recounted her grandfather’s recollections:

As Union forces converged, Thomas was forced to retreat back across the Smokies to North Carolina. Although the direct threat from Confederate forces was over, sporadic raids continued until the war’s end.

In the 1880s, the invention of the band saw and the logging railroad led to a boom in the lumber industry. As forests throughout the Southeastern United States were harvested, lumber companies were forced to push deeper into the mountain areas of the Appalachian highlands. In 1901, Colonel W.B. Townsend established the Little River Lumber Company in Tuckaleechee Cove to the west, and lumber interests began buying up logging rights to vast tracts of forest in the Smokies.

A pivotal figure in Gatlinburg at this time was Andrew Jackson Huff (1878-1949), originally of Greenbrier Cove. Huff erected a sawmill in Gatlinburg in 1900, and local residents began supplementing their income by providing lodging to loggers and other lumber company officials. Tourists also began to trickle into the area, drawn to the Smokies by the writings of authors such as Mary Noailles Murfree and Horace Kephart, who wrote extensively of the region’s natural wonders.

In 1912, the Pi Beta Phi women’s fraternity established a settlement school in Gatlinburg after a survey of the region found the town to be most in need of educational facilities. While skeptical locals were initially worried that the Pi Phis might be religious propagandists or opportunists, the school’s enrollment grew from 33 to 134 in its first year of operation. Along with providing basic education to children in the area, the school’s staff managed to create a small market for local crafts.

The journals and letters of the Pi Beta Phi settlement school’s staff are a valuable source of information regarding daily life in Gatlinburg in the early 1900s. Phyllis Higinbotham, a nurse from Toronto who worked at the school for six years, wrote of the mountain peoples’ confusion over the role of a nurse, their penchant for calling on her over minute issues, and her difficulties with Appalachian customs: I soon found that people weren’t used to hurrying, and that it takes a long time of patient waiting and general conversation to find out what they have really come for, or to get a history of the cases when making a visit. I have had to get used to getting most of a woman’s symptoms from her husband, and not having heart failure when a messenger comes with the news that so and so is “bad off”, “about to die”, or “got the fever.” Higinbotham complained that there was an unhealthy “lack of variety” in the mountain peoples’ diet and that they weren’t open to new suggestions. Food was often “too starchy,” “not well cooked”, and supplemented with certain excesses: One of the doctors was called to several cases of honey poisoning. The men had robbed some bee gums, eaten a pound or two of each and been knocked unconscious where they stood.

Evelyn Bishop, a Pi Phi who arrived at the school in 1913, reported that the mountain peoples’ relative isolation from American society allowed them to retain a folklore that reflected their English and Scots-Irish ancestries, such as Elizabethan Era ballads: Many times it is the ballad that the child learns first, no Mother Goose melodies are as familiar, and it is strange indeed to listen to a little tot singing of the courtly days of old, the knights and ‘ladyes’ and probably the tragic death of the lover.

Such isolation would draw folklorists such as Cecil Sharp of London to the area in the years following World War I. Sharp’s collection of Appalachian ballads was published in 1932.

Extensive logging in the early 1900s led to increased calls by conservationists for federal action, and in 1911 Congress passed the Weeks Act to allow for the purchase of land for national forests. Authors such as Horace Kephart and Knoxville-area business interests began advocating the creation of a national park in the Smokies, similar to Yellowstone or Yosemite in the Western United States. With the purchase of 76,000 acres of the Little River Lumber Company tract in 1926, the movement quickly became a reality.

Andrew Huff would spearhead the movement in the Gatlinburg area. He opened the first hotel in Gatlinburg— the Mountain View Hotel— in 1916. His son, Jack, would establish LeConte Lodge atop Mount Le Conte in 1926. In spite of resistance from lumberers at Elkmont and difficulties with the Tennessee legislature, the Great Smoky Mountains National Park was opened in 1934.

The park radically changed Gatlinburg. When the Pi Phis arrived in 1912, Gatlinburg was a small hamlet with six houses, a blacksmith shop, a general store, a Baptist Church, and a greater community of 600 individuals, most of whom lived in log cabins. In 1934, the first year of the park, an estimated 40,000 visitors passed through the city. Within a year, this number had increased exponentially to 500,000. From 1940 to 1950, the cost of land in Gatlinburg increased from $50 to $8000 per acre.

While the park’s arrival benefited Gatlinburg and made many of the town’s residents wealthy, the tourism explosion led to problems with air quality and urban sprawl. The town’s infrastructure is often pushed to the limit on peak vacation days, and must consistently re-adapt to accommodate the growing number of tourists.